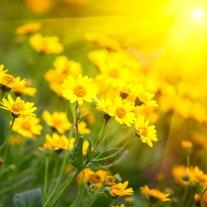 Dorothy Ellen Fagan Adams was born September 29, 1922 at the family farm near Abbott, Nebraska.  She passed away on February 9, 2015 in Apache Junction, Arizona.  She was the second child of John Joseph and Esther Clarinda Bryson Fagan.  As a child she attended the Beet Ranch Rural School through the eighth grade then attended Grand Island High School and graduated in 1939.  She attended Hastings College, Hastings, Nebraska.  After one year, she transferred to St. Joseph’s School of Nursing, Creighton University, Omaha, Nebraska.  She graduated from Creighton as a Registered Nurse and worked for Dr. Martin in Grand Island, Nebraska after graduation.  On August 29, 1945, she married Arthur Robert Adams in Cambridge, Massachusetts.  After World War II, they settled in Broken Bow, Nebraska.  Two children were born of this marriage.  While Dorothy lived in Broken Bow, she worked as a surgical nurse.  After retirement she and her husband relocated to Sherman Lake near Loup City, Nebraska, then later moved to a home in Esterbrook, Wyoming.  For about 25 years they spent the summers in Wyoming and the winters in Apache Junction, Arizona.

She was preceded in death by her parents and her brothers, James Edward Fagan and John Joseph Fagan, Jr.

Memorials may be made to Heptner Cancer Radiology Department, Gillette, Wyoming or to Boys Town, Omaha, Nebraska.

Offer Condolence for the family of Adams, Dorothy Ellen Fagan