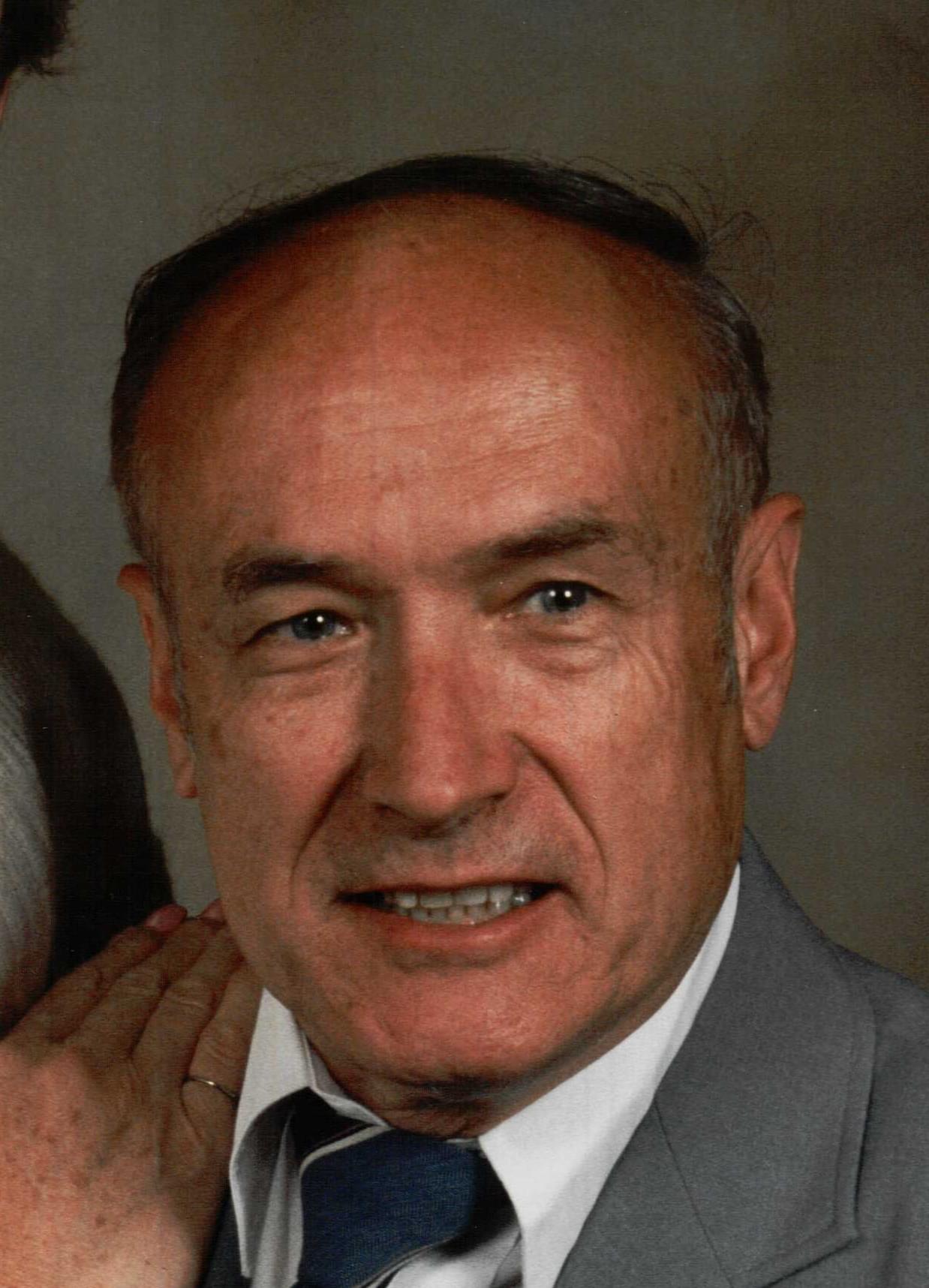 James R. (Bob) Barnhart, 90, died at The Oaks Retirement Center in Gilbert Arizona, on April 21, 2016, at 5:50 in the morning. He was the son of Luther Otto Barnhart and Bessie (Langley) Barnhart of Howard County, Indiana. In high school, he played varsity baseball and basketball. He served in WWII as a B-29 crew member. Upon his discharge from service, he entered college and earned a B.S. degree. After receiving his undergraduate degree, he coached basketball and taught in Indiana public high schools for seven years. In 1954 he started working as a cost analyst for the Studebaker Automobile Company at South Bend. After completing an Masters’ Degree, he joined the accounting faculty of Ball State University in 1961. It was here that he began his long professional life as a college professor, a position enhanced by his completion of a DBA (Doctor of Business Administration) degree at Indiana University.

Dr. Barnhart taught at Indiana University, Virginia Tech, Ball State University, and Northern Arizona University, in addition to his teaching as an adjunct instructor in later years at MCC and Central Arizona College. In 1973 he and his family went to Central Europe, where he taught graduate students at United States air bases at Ramstein, Wiesbaden, and Rhein Main. He held memberships in several professional associations and wrote a number of articles for accounting journals and textbook publishers. In all his years of teaching, perhaps his favorite assignment was being advisor to the college chapter of Beta Alpha Psi, national accounting fraternity at Ball State University in Muncie Indiana, In 1978 he was recognized as an Outstanding Faculty Vice-President of the fraternity. In 1975, Bob received certification as an Indiana CPA.

After retirement, Bob and his wife, Doris, went on a church mission to Mammoth Lakes, California. After that, he worked as a volunteer at the branch library in east Mesa for five years and served as an assistant manager one summer at the Flagstaff food kitchen. Also, he was involved with the AARP and VITA tax assistant programs for the poor and elderly. He had a strong interest in politics, serving as Republican precinct committeeman in the Meadowbrook Village precinct. He loved reading, listening to music, dancing, watching baseball, serving others, and playing with his cocker spaniels. When living in Indiana, he was an avid gardener.

He leaves a beloved family consisting of his wife of 63 years, Doris (Zimmerman), sons Bradley and William (wife, Marianne), Mesa; and daughter Leslie Rogers (husband Kirk) of Kaysville, Utah. In addition, there are 8 grandchildren and 9 great grandchildren. Preceeding him in death were his only sister, Maxine (Dye), and brother, Dale.

Offer Condolence for the family of Barnhart, James Robert