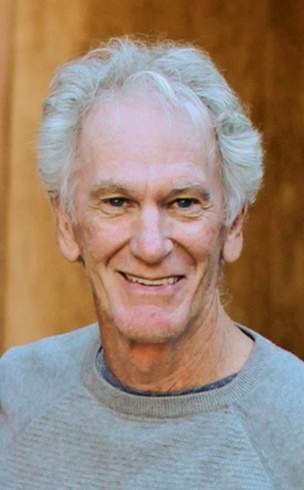 Dale McDugle, 72, passed away on November 5, 2019, in Mesa, Arizona.  He is survived by his wife Jacquelyn (Forrest) to whom he was married for over 51 years, his son Jason, brothers Dennis, Gary and Loren McDugle and their families. Services will be held summer 2020 in Pontiac, Illinois. Dale leaves a legacy of honesty and good humor.

Dale was (the third son) born to Earl and Hazel (Ripsch) McDugle in Pontiac, Illinois.  (He started work early, with paper routes and detasseling stints. After high school a friend’s dad taught Dale about student loans and applied a nudge to apply to college. It worked.) He graduated from Northern Illinois University and completed coursework for a master’s degree from Cardinal Stritch University.

After college Dale answered a newspaper ad for a Human Resources (HR) job at Barnes Drill.  He turned out to be particularly talented at matching people with positions. Upon joining Rockford Memorial Hospital, they moved two file cabinets to make his office in the tiny four-person department. As his expertise deepened, he became an administrator at OSF St Anthony Medical Center, and then joined Staff Management, an HR consulting group.

Dale’s passion for golf began in 7th grade with a casual invitation. Dale and three others became lifelong friends as Pontiac Township High School’s first-ever golf team.  He remembered the help he got learning and paying for the game and paid it forward.

Golf led to many deep friendships, extensive travel, and a chronically bad back.  It took Jacki and him to Ireland and Scotland (where he played St Andrews and Royal Dornoch).  They flew to Denmark to meet Jacki’s extended family, and last year they toured the “The Danes” around the US from New York to Hawaii. He made sure he, his wife, and son saw everything from the Grand Canyon to the Atlantic Ocean to Canada to Jamaica and too much in between to list.

When Dale was diagnosed with a rare form of leukemia, he and Jacki began a difficult seven months of chemo, radiation, lumbar punctures, and bone marrow biopsies. Leukemia is worse even than golf for challenging mind and body, but Dale managed to hold tight to his dry sense of humor and kindness under pressure.

Jacki and Jason thank Dr. Johnathon Abbas and the Fast Track team at Banner MD Anderson Cancer Center in Gilbert, AZ, for unceasingly humane, kind, compassionate, and skillful care as well as the ICU staff and 5th floor Oncology team at Banner Gateway Medical Center. Every person who helped Dale through this ordeal cared for him as generously as they would for their own families. Memorials to BannerHealthFoundation.org or The Nature Conservancy at Support.Nature.org

Offer Condolence for the family of Dale McDugle