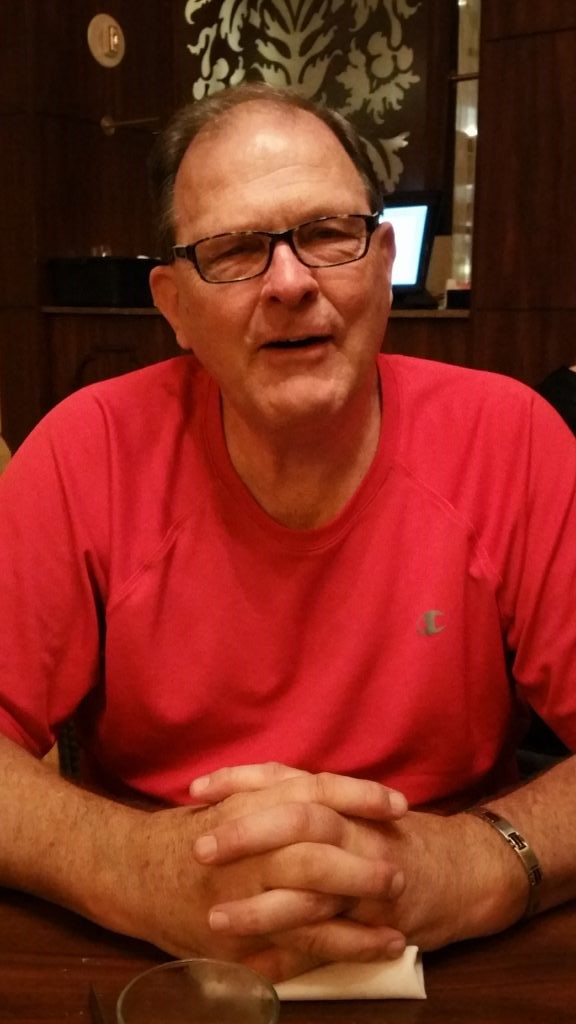 David William Hughes, born September 1,1945 to William and Alice Hughes of South Milwaukee, Wisconsin. He was the youngest of four children (Richard, Kenneth and Lois). Upon his graduation from UW-Whitewater in 1967, receiving a Bachelor of Secondary Education he married Barbara (Bobbie) Larson that same year. He continued his education with a Master of Science in Teaching from UW-Eau Claire in 1974.

He was a High School Mathematics teacher for 33 years and a High School Golf coach for 29 years in Menomonie, Wisconsin until his retirement in 2000. After a few years he and Bobbie were determined to spend more time in the sunshine and moved to Mesa, AZ. He entertained many people with his talent of playing guitar and singing in his home, church in Wisconsin and the Chapel Choir where they lived at Sunland Village East. He loved a good round of golf or a tennis match and played both for quite a few years. He served for 4 years on the Home Owner’s Association Board of Director’s and 11 years on the Architectural Committee. He also enjoyed a good challenge of card playing with family and friends. They enjoyed entertaining many neighbors, friends and family from afar over the last 14 years in Arizona. Their hospitality was overwhelmingly gracious and welcoming. So much so that their two daughters Peggy (Anthony) Rasberry, Polly (Brad Andrews) and grandchildren Taylor and Bradi moved to Arizona as well in 2008. As many of you know a home would not be complete without years of raising canine kids (Droopy, Dusty, Daisy and Babe Dylan) and canine grandkids (Crocket, Cocoa, Hershey and Bubba). They celebrated many family functions filled with laughter, tears and many memories.

He was a man of great strength and dignity as he fought many battles with cancer. He was a warrior thru it all. Many will remember him having a kind heart and a gentle soul. He quoted from a movie he had just watched a few weeks ago, “life is like a box of chocolates, you never know what you are going to get”. How blessed we were to have had him in our lives.

David passed away in his home with family at his side on November 8. He was cremated and will be buried in the Peace Lutheran Cemetery in Menomonie, Wisconsin. The family will be having an Open House to honor him on December 8, 2018.

Offer Condolence for the family of David William Hughes