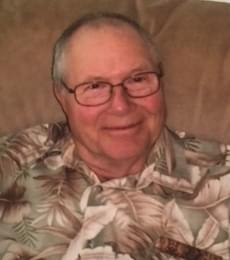 Thomas J. Hoffman, Sr. of Grand Rapids, Michigan, was born on August 10, 1943 to Robert and Helen (Pugh) Hoffman.  After graduating from Central High School in Grand Rapids, he enlisted in U.S. Air Force.  After serving 20 plus years in the military, both the U.S. Air Force and the Air National Guard, he retired to Mesa, Arizona and started his own business, TJ Treasures.

On September 13, 2016 he passed away.  Missing him will be his wife, Karen Ingram; his children, Tom (Susan) Hoffman and Debra Shatwell; and his grandchildren, Bree, Travis, Andrew and Dylan.

Offer Condolence for the family of Hoffman (Sr), Thomas J.