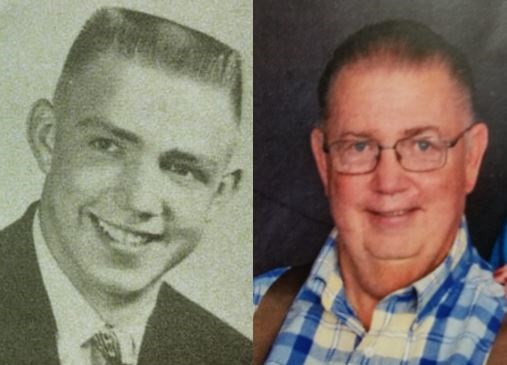 James (Jim) Gayfree Swanson passed away peacefully in the early morning on July 16, 2019, surrounded by his family.

Jim was born on August 2, 1941, in Denver, Colorado, to Carl and Louise Swanson. The family spent many of his early years moving between Denver and Salina, Kansas, where Jim eventually stayed to go to school. He met his wife, Gayle, during their junior year of high school, and they were married on September 2, 1962. This last year they celebrated their 57th wedding anniversary.

Following college, Jim spent 32 years teaching junior high social studies classes and coaching football, basketball, and track at both the junior high and high school levels in Newton, Kansas, and Lisle, Illinois, as well as, coaching some of his son’s teams in Wheaton, Illinois. During this time he also became involved in the Kansas and Illinois education associations. In Illinois, he was active at the local and state levels of the Illinois Education Association.

His burial will be at Roselawn Memorial Park in Salina, Kansas, in October.  A Celebration of Life will be held in November at Superstition Sunrise in Apache Junction, Arizona. In lieu of flowers, the family would be honored by donations to Hospice at Home of Arizona in his name.  (Cash or check may be mailed to 1423 S. Higley Road Suite 121, Mesa, Arizona, 85206.)

Offer Condolence for the family of James (Jim) Gayfree Swanson