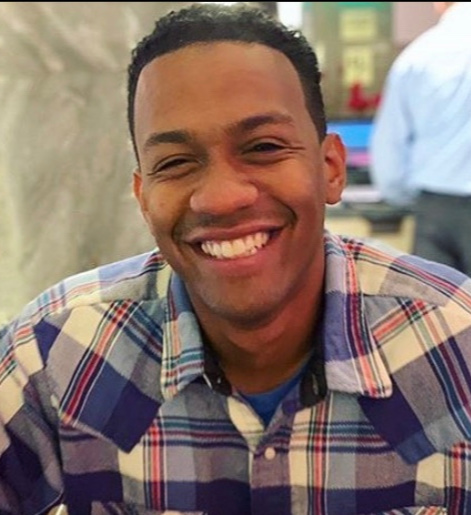 Jevonne Eric Hanley was born on December 8, 1985 in Miami, Florida to Jeffrey Eric Hanley and Yolanda Butler. He was the second of four children, with two sisters and one brother. Everyone who knew Jevonne knew he always had a bright smile on his face that would light up any room. Always joking around and making up quirky catchphrases, his love for dancing was unmatched. Jevonne’s smile was infectious and his laugh was contagious. He was always willing to help and went above and beyond.

After graduating high school, Jevonne attended a trade school for A/C. He loved working with his hands and was a jack-of-all-trades. Jevonne symbolized his dedication to Jehovah on October 8, 2008. He moved to Massachusetts a few years later where he enjoyed snowboarding with friends from the congregation. He loved the preaching work and became an auxiliary pioneer for a year. He later relocated to Arizona to marry his surviving wife, Jacquelynn Allen-Hanley. Their love blossomed quickly, but very deeply. They were madly in love and were complete goofballs with each other. They married on July 28, 2019. Jevonne lovingly took in her three children, Xavier, Isaiah, and Sariyah Thomas.

Jacquelynn absolutely adored her Jevonne. She would catch him glaring at her with a smile on his face and calling her “His Rose.” He always told her how much he loved her and how happy he was to be her husband. He wanted to give his new family the world and worked very hard to do so.

A few weeks after their marriage, Jevonne and Jacquelynn had attended their first international convention together, “Love Never Fails,” where they were overwhelmed by the loving brotherhood of Jehovah’s organization.

Jevonne is survived by his wife, Jacquelynn; their three children, Xavier, Isaiah, Sariyah; his mother, Yolanda; father, Jeffrey; sisters, Jazzmyn and Kiasa; brother, Rudy; nephews, Samson and Miles; nieces, Natyri and Zayliana; grandmothers, Ursula and Sylvia; as well as many uncles, aunts, and friends in his congregation.

Offer Condolence for the family of Jevonne Eric Hanley