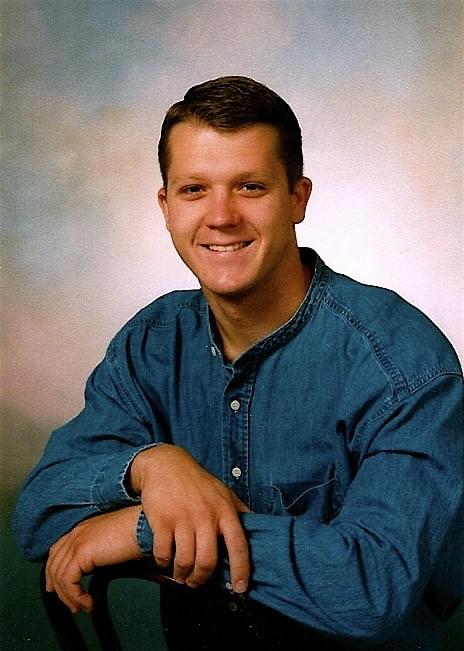 He was born on June 28th, 1974 in Phoenix, Arizona. Jake graduated from Corona del Sol High School in 1993. As a young adult he got into the pool business and he continued to work in that field until his death. It was a dream of his to start his own pool company, which he named Showtime Pools. He was often helping friends or family with their pool troubles & maintenance in his free time. Jake was a master at fixing almost anything, many people remember that as a little boy he went around saying “I fik it, I fik it” with his toy tools. He had a love of cars, motorcycles, dirt bikes, racing and remote control aircrafts. As a kid he built skateboard ramps and forts for all the neighborhood kids to play on. Growing up he spent his summers in Minnesota at Cathedral of the Pines Camp, which cultivated a love of the lakes and fishing. Along with his talents at fixing things, he was an excellent athlete. Jake came of age in the ranks of Pop Warner football, and also played soccer & baseball growing up in Tempe. He easily took up snowboarding after years of skiing as a hobby. As an adult he fed his passion for sports by playing in the Arizona Football League and coaching youth football & soccer.

He is survived by his parents Diane Huggins Linnell and Greg Linnell (Bonnie Stover); sisters Erin Linnell Northroup (Charlie) and Carey Linnell (Marc Cohen); grandmother Jeanette Huggins and nieces Hanna and Grace. Along with his cherished dog Haley. As well as many aunts, uncles and cousins. Preceded in death by his grandparents Alvin Huggins, and Ralph & Joyce Linnell, and his cousin Ryan Huggins.

A celebration of his life will be in the fall, an announcement will be made by family at a later date.

In lieu of flowers, because of Jake’s love of his dogs Haley, Roxy, Lexxis, Tahoe and Preppy, donations can be made in Jake’s name to: Arizona Animal Welfare League & SPCA, 25 N. 40th Street, Phoenix, AZ 85034.

Offer Condolence for the family of Linnell, Jacob Theodore