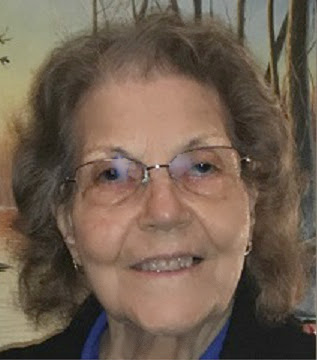 Lois Ireta Bolin was born on June 23, 1934 in Brighton, Missouri and went to be with the Lord on May 30, 2019 from Mesa, Arizona. We know she was joyously greeted by her loving husband, Harold Wayne Bolin, and numerous family members who proceeded her. She is survived by her twin brother, Leslie Ray Keen; four sisters; three children, Harold Ray Bolin, Connie Marie Bolin-French, and Clayton Louis Bolin; twelve grandchildren; and ten great-grandchildren.

Ireta and Wayne, as they were known by most, were married at the Springfield, Missouri Court House on July 26, 1952. Shortly thereafter they moved to Southern California where they worked hard, prospered, and raised a family. Ireta held several jobs while primarily being a homemaker. She was blessed with three children and was deeply involved in their lives.

Ireta and Wayne were generous and gracious and on many occasions opened their home to family or friends, allowing them to stay as long as they needed. When their children had grown and had families of their own, Ireta and Wayne decided to retire to Sparta, Missouri. They had fond memories of Missouri’s beauty and wanted to enjoy the country life once again. There were many family members and old friends to welcome them back home. Their children, grandchildren, and great-grandchildren would travel to visit them as often as possible.

Shortly before Wayne’s death in 2016, they moved west once more to Mesa, Arizona to be near their oldest son, Harold Ray. After Wayne’s passing, Ireta continued in good health and looked forward to going out to dinner each week and getting together with family for birthdays and holidays. Spending time with family brought her great joy. She will be remembered as a loving and caring daughter, sister, wife, mother, grandmother, and friend.

Offer Condolence for the family of Lois Ireta Bolin