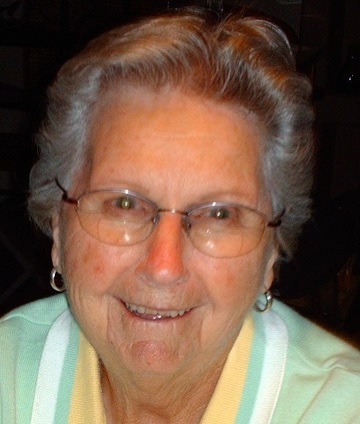 Maybell (Peg) Oehlert passed away in her sleep midday Sunday, the 8th of September, 2019. Her request was that her ashes to be interred with those of her husband, Ray, in the Wellington, Kansas, cemetery. Peg is survived by her two sons Larry and Ron and their families along with a lifetime of friends.

Peg was born in Wellington, Kansas, in February of 1922 and lived a long and interesting life. She married her husband, Ray, in 1941 and together raised their two sons. She and Ray lived in San Diego, California, Crested Butte, Colorado, and Wellington and Haysville, Kansas. Peg built B-47s and B-52s in Wichita, Kansas, and she and Ray were business owners together in Crested Butte where she was the manager at the Grubstake Restaurant. She and Ray skied Mt. Crested Butte, both downhill and cross-country, and snowmobiled with friends all over the surrounding mountains and valleys. As they moved toward retirement they started wintering in Arizona over 30-years ago and made it their permanent home some 20-years ago. While living in Arizona, Peg became an accomplished ceramics and cross-stitch craftswoman.

In every place she lived, Peg enjoyed the richness of good friends. Indeed, she spoke of these friends often and with affection, even more so toward as she grew older. Peg will be very much missed by all who knew her, family and friends alike.

Peg’s ashes will be interred with those of her husband, Ray, on the 2nd of October, 2019. Her interment will be followed by a memorial service in Arizona on the 2nd of November, 2019.

Offer Condolence for the family of Maybell (Peg) Oehlert