Our staff are experienced, knowledgeable, and prepared to guide families through the most difficult time in life. 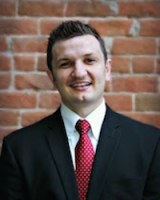 Bryce is as an Arizona boy through and through. He was born and raised in Mesa where he attended Mountain View High School. After graduation, he served a two-year service mission in Georgia. He graduated from Arizona State University with a degree in Applied Biological Sciences and a minor in Business. After working in Northern California for a short time, Bryce had a great desire to move back to Arizona and get involved in the family business. He recently graduated from the Mortuary Science program at Mesa Community College. Bryce and his wife, Ashley, have a beautiful little girl, Berklee. Bryce is also a huge sports fan, particularly of the Arizona Cardinals and Phoenix Suns, but his greatest satisfaction comes from serving the special families who entrust us with caring for their loved ones. 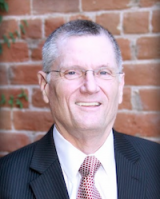 Randy Bunker is the third generation owner of Bunker Family Funerals & Cremation. He is a licensed funeral director and embalmer and has served in the industry for over 40 years. In addition to serving as the company’s president, he has also served as the president of the Arizona Board of Funeral Directors and Embalmers for 8 years, International Order of the Golden Rule, Arizona Funeral Directors Association, American Cancer Society (Mesa Chapter), Sirrine Adult Day Care Center, and has served on the Board of Directors of several other organizations. Randy has been married to his wife, Arlene, for over 40 years and has 6 children. He enjoys serving in his church, golfing, and playing racquetball. 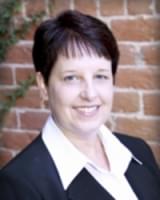 Michelle was born in Southbridge, Massachusetts and moved to Arizona in 1971 with her family. She graduated from Chandler High School and attended the Maricopa Technical Institute in Phoenix. Michelle worked in the retail grocery industry for many years before joining the Bunker Family in 2009. Her duties include assisting with funeral services, transporting and delivering documents, and maintaining the cleanliness and appearance of our chapels for the families we serve.